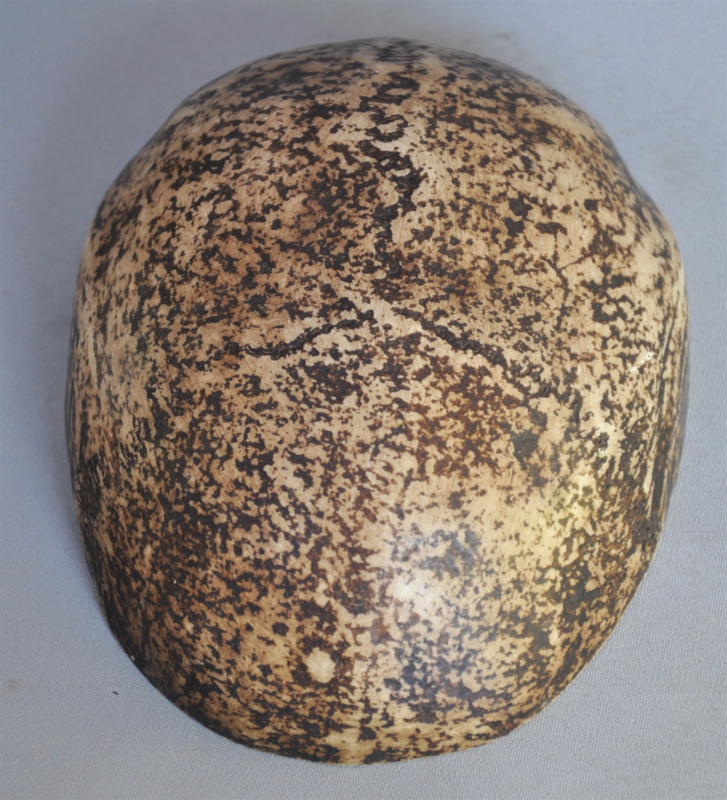 Kapalas are mainly used for esoteric purposes such as rituals. Among the rituals used by kapalas are higher tantric meditation to attain a transcendental state of mind in the shortest possible time; libation to gods and gods to win their favor. In Tibetan monasteries, a kapala is symbolically used to store bread or dough cakes, torma and wine instead of blood and flesh as offerings to wrathful gods, such as the savage Dharmapāla ("defender of the faith"). The dough cakes are shaped to resemble human eyes, ears and tongues. The kapala is made in the shape of a skull, specially collected and prepared. It has been extensively anointed and consecrated for use. Kapalas used to be made of human skulls. Nowadays of resin, sometimes also of rock crystal, sober or on the contrary worked and decorated. This is a beautifully shaped resin kapala. Good condition!